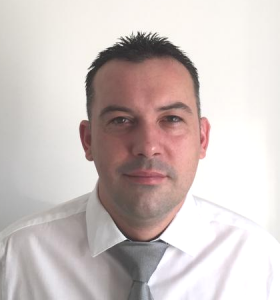 Meet the man behind Bytes Ahead, Brent Campbell

Intro…. Brent set-up Bytes Ahead in 2007 with the vision of being able to develop bespoke software, web, and mobile applications at a higher standard than other companies. He brings with him the skills honed in working as a contract software engineer for some household names, along with a degree in Software Engineering Management.

Brent describes himself as a Welshman with a Scottish name, now happily settled in England. A small part of him is also Italian with a passion for their supercars.

Why did you decide to study Computer Science at college?

“When I was 7, my parents bought me a Commodore C64, it played games which is what I was interested in but the tapes would frustratingly crash, so much so I turned to the manual! The manual taught the basics of programming and I suddenly saw computers in a different light, my father’s intention! I started copying code from books which would never fully work so I found challenge in ‘debugging’ and fixing the code. As PC’s became more popular and faster, programming computer graphics was achievable, turning bytes into images was fascinating and formed the building blocks to develop games! Programming became a passion and sparked the career, it was a difficult to be accepted without qualifications, so college and university was the only path.

What changes have you seen during your career?

“There is a very long answer to that question! There have been so many. When I was studying at college and university, email and website technologies were still pretty new but, today, we can hardly do business without them. And a mobile phone was almost the size of your briefcase, but now we can use them to pay for our coffee. I think probably the most significant change has been the development of cloud technologies, just because of the impact it has had on the way we work.”

What was your biggest professional challenge?

“During my contract career, the variety of industries brought different challenges. As computers get faster it doesn’t mean the software will take full advantage of the new hardware and run much faster. Making existing software faster is always an interesting challenge. One method is “multi-threading” – multi-tasking. There can be a significant difference in how long a process takes if the software is split up, so each CPU core can process similar code at the same time. To accomplish this, it’s about recognising which parts of the code can be processed by multiple CPU’s but end up at the same result – just in a faster time. I modified a software product to use multiple CPU cores that converted video from one format to another, videos were converted in minutes rather than hours having an incredible impact on its users productivity.“

What was the most memorable project you have worked on during your career?

“It depends how you define memorable! Working with Hawk-Eye and seeing the results of our work in international sports fixtures was incredible, even though I’m not really a big football or tennis fan. Equally, working on online safeguarding systems for education and law enforcement, I knew that my work could protect vulnerable people so I’m really proud to have made a difference there. But I think every project is memorable in its own way.”

What do you love most about your job?

“I’ve been writing code since the age of 7, back in 1986. I followed my hobby through to professional status, obtaining a degree in Software Engineering and working as a developer for small and large known companies. For me, software development is a passion, not a job, and it’s great to see clients using the software I’ve written to achieve their goals – whether it’s an idea which has turned into a product or just automated code that speeds up their daily routines!”

What inspired you to start Bytes Ahead?

“From a young age, I’ve always wanted to start my own business. As years moved on working within different companies, I found code was rushed, methods were slack, and in general there was little to no accuracy. I wanted to start a business to correct those elements and have clients who were happy with the end result first time, and know the code was written well! I also wanted to train younger enthusiastic individuals who shared the same passion today as I had in 1986!”

Why should clients choose you?

“Quality is my main focus. The job is not completed until the client is 100% happy. I provide realistic time and cost estimations. I’ve been in the industry for many years, worked within many companies and gained a vast amount of experience with many programming languages and platforms. In my last development role, I developed internet safety software (Microsoft Windows Desktop) that was deployed to 100,000+ PC’s in the education and law enforcement sectors. I followed this up with an iPad App and AWS Cloud backend. As a company, we have developed three of our own products, one Desktop App (Host Backup), one Web (Go-Invoice), and one mobile (Pet Boarding).”